5 Things CFOs Hate About IT 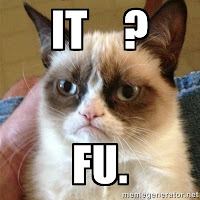 Technologists love to grouse about how “the bean counters” stand in the way of awesomeness. But guess what? That street goes both ways.

I recently had the opportunity to ask four finance executives from a range of industries — pharma, academia, consulting and retail — what irks them about IT. If you assume their complaints were industry-specific, you’re wrong. In fact, there are remarkable similarities, and the grievances flowed freely.

This might come as a surprise, as more than 80% of the IT executives responding to our 2013 InformationWeek Global CIO Survey rated their relationships with finance as good (48%) or excellent (33%). Unfortunately, your CFO may not feel quite as simpatico. 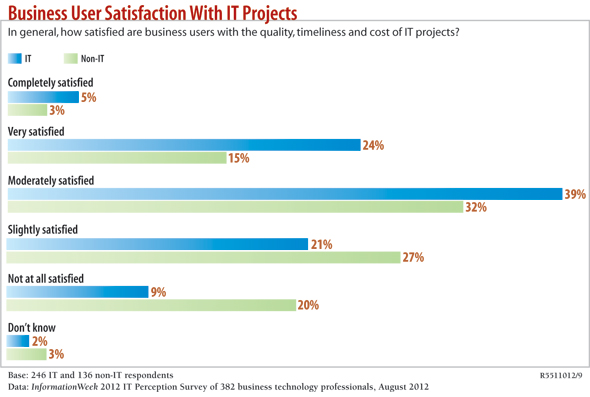 Top gripes include:
1. The stickiness of the status quo: “We end up with very large budgets that keep us parked in yesterday,” says Keith Perry, VP of finance for Rexanto, which works with pharma companies to add efficiency to the supply chain. It’s the classic 80/20 conundrum, where huge investments in legacy technologies keep IT glued to the past. Most CIOs don’t like that situation any better than CFOs, but they’re often too busy keeping legacy systems running to figure out how to make the break. At least, that’s the charitable assumption. The more jaded tend to conclude that change takes effort, and automation and cloud have an inverse effect on IT job security. Thus we cling to expensive, aging data centers and manual processes.
2. The whiz-bang factor: Even as they resist some advances, CIOs are on the lookout for that next groundbreaking advance that will finally move the business to the next level — without, of course, cutting their budget or head count. And let’s face it, many IT pros are suckers for shiny demos. The problem is, hot and flashy often equals expensive and not fully baked. “IT inadequately researches the benefits and ROI prior to rushing in and spending money on new technology,” says one CFO. From another in the retail industry: “If it works, do not mess with it. There is no need to consistently update hardware to the most current versions.” A related gripe is that IT does not have a firm handle on all of the costs it generates. A new unified communications system might facilitate collaboration, but it comes with training costs and may require adding bandwidth or quality of service to a WAN. Why not just have people use Skype?
If these strike you as contradictory — our CIOs won’t change with the times; our CIOs want to try too many new things — check the underlying theme: CIOs want to spend money and upgrade systems as long as they can still protect their turf. We saw this theme in our last IT Perception Survey, where only 43% of non-IT respondents said they consider their IT teams integral to the business; 54% see IT as a support or maintenance organization and not an innovator. Responses from technologists, of course, were strikingly different.

3. Failure to do risk analysis: CFOs worry not just about straight dollar costs, but risk-based costs, both total potential and average. Risk analysis is needed for basic financial decisions, like insuring against business loss or selecting between self-insuring and buying insurance, with the latter being appropriate for high-volatility situations. Risk analysis is also critical in making purchasing decisions. “I recall an example where [risk analysis] was done well,” says Perry, and as result his company invested in Connected Backup (now Autonomy), an automated endpoint data protection system that worked wherever users happened to be. “Expensive, but worth every penny given that your average laptop seems to have a half-life of 18 months but a waterfall life of twice that, and assuming that a large fraction of your laptops will fail, resulting in significant downtime.” If employees are heavily dependent on PCs and you haven’t bought new systems in a few years, it doesn’t take a high failure rate to make $100 per seat for automatic backup a good deal, but figuring that out requires analysis.
4. Delusions of, if not grandeur, then at least adequacy: Many CFOs believe that IT simply does not deliver the technology innovation they need to effectively run the business. If that again seems counterintuitive to point No. 2, you’re right. But the fact remains that every CFO I spoke with said that IT service levels do not always meet expectations given the cost. One recalled an instance in which IT made a huge investment in a set of software, hardware and processes designed — and effective — for a specific purpose. Things went off the rails to the tune of a multimillion-dollar failure when they tried to reuse the same build to address materially different problems. It was very much a “if you have a hammer, everything looks like a nail” situation. CFOs wish IT teams would know when they’re in over their heads and stop digging. Again, our IT Perception Survey backs this up: Just 18% of non-IT respondents say business users are very or completely satisfied with the quality, timeliness and cost of IT projects. Among IT, it was 29%.
5. Dismissing the “why do we need you?” question: Like line-of-business managers, CFOs are starting to look at doing more with cloud-based providers and spending less on internal IT resources. No one better understands the capex versus opex trade-off, and they’d be lying if they said the idea of gaining leverage to force IT to be more accommodating isn’t attractive. In fact, a controller from a major U.S. university says IT routinely makes projects more difficult than they need to be and blames compliance for roadblocks clearly intended to keep out cloud providers and other service providers and make IT indispensable. “I’m currently fighting to get an advisee company to move off of tape backup to something both cheaper and more effective,” says Perry — without success. “Whether this failure is because IT is treated as a cost center, so isn’t given budget for saving money, or has a cost-center mindset and simply doesn’t try, is not for me to judge.”
One CFO cited an instance in which project managers overrode the CIO’s budget priorities, forcing through a major change that increased costs but ameliorated risk and added flexibility. In some shops, all of this adds up to CFOs not viewing the CIO as a key player in determining business strategy. That may be the biggest fail of all. So what to do? In our 2013 Budget Outlook Survey, Jonathan Feldman boils it down: Adopt a relentless drive to create business productivity, cut costs and create revenue with IT innovation. Get out of resourcing survival mode. Delight those who have provided sufficient resources to run a truly great operation. The CFO might add, stop thinking, and spending, like you’re the only game in town.

LWBRA Golf Outing Results And News! The winning number for the two $75.00 gift certificates to Ophelia’s on Siesta Key is 175